Okay, they’re not really connected, but they are adjacent to each other in the small town of Ban Sai Thai, a few kilometers outside Krabi Town. Close enough that you can pop into one to make merit, so that when you go next door to race, you’ll have good luck.

And they’re both nestled in the limestone hills. Talk about karting with a view… 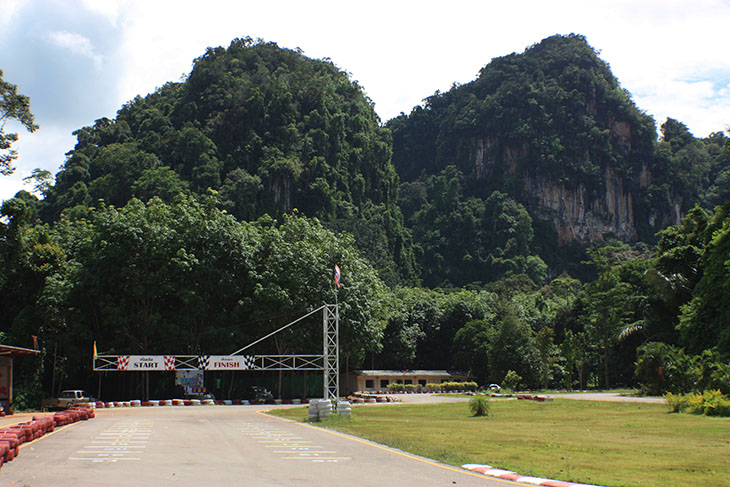 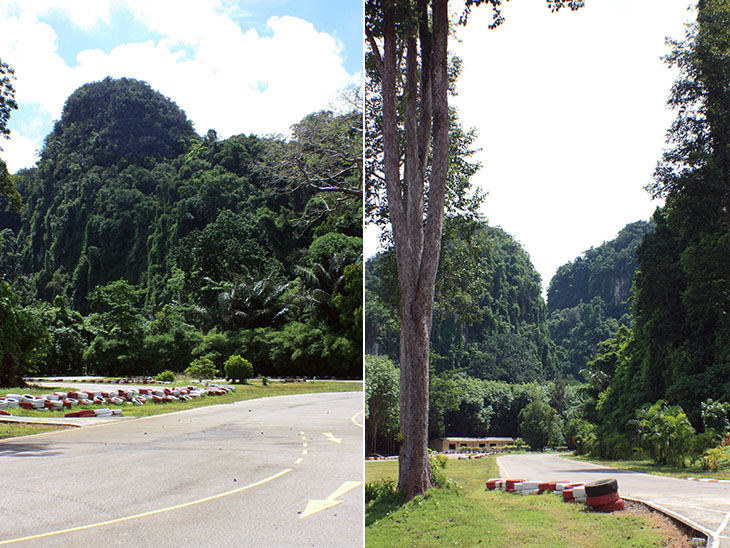 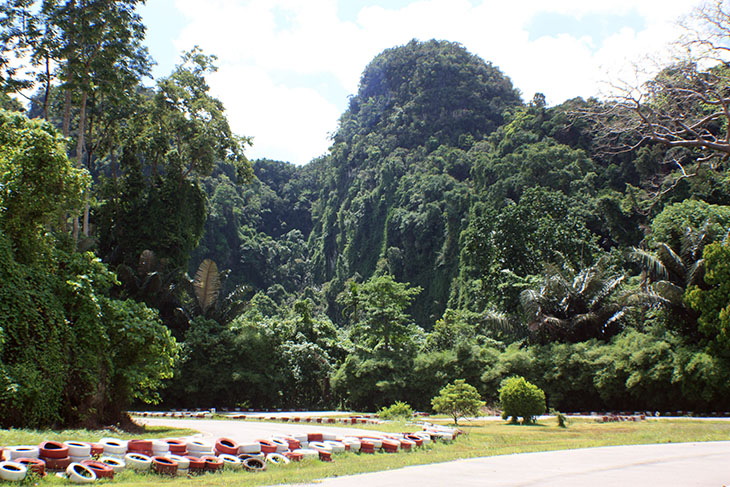 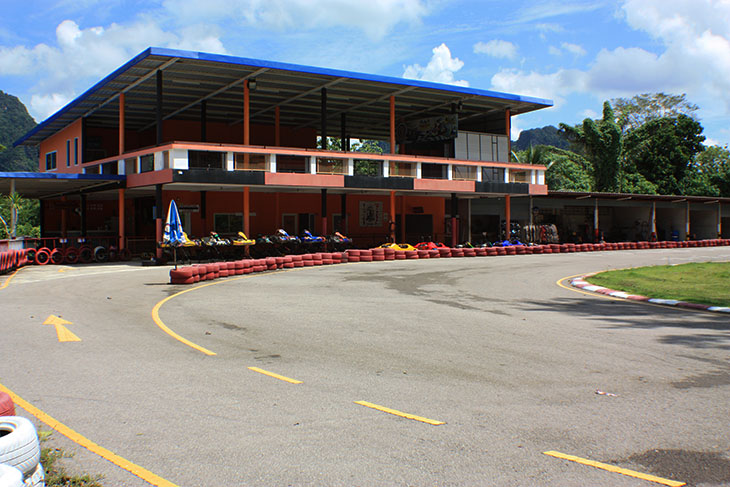 The nice young lady didn’t seem too amused though, having spotted what she thought was the first customer of the day, when I told her I just wanted to take photographs. I must admit though, I was tempted. Maybe next time. 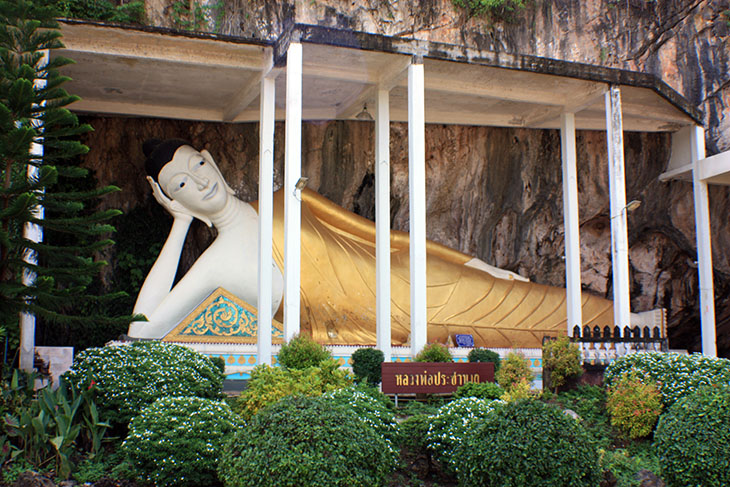 …the big man seemed to be happy not to be bothered again by the buzzing of kart engines.

Wat Sai Thai is quite small. A few nice features, but perhaps not a place you’d go out of your way to see… 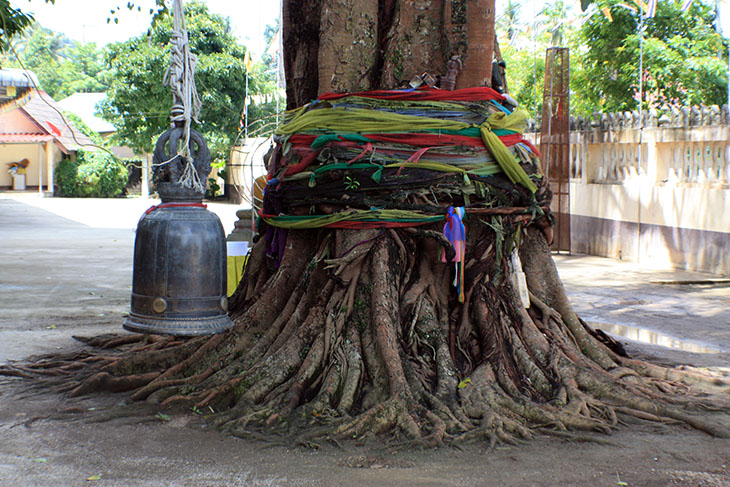 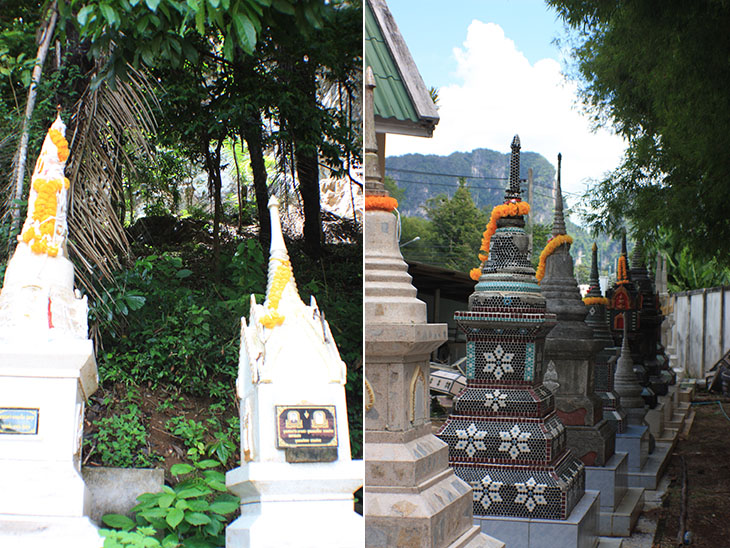 …but they sure have some big trees… 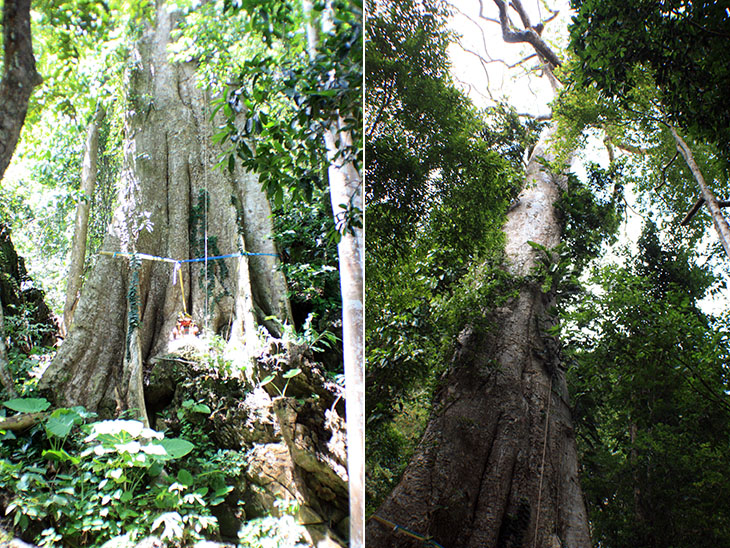 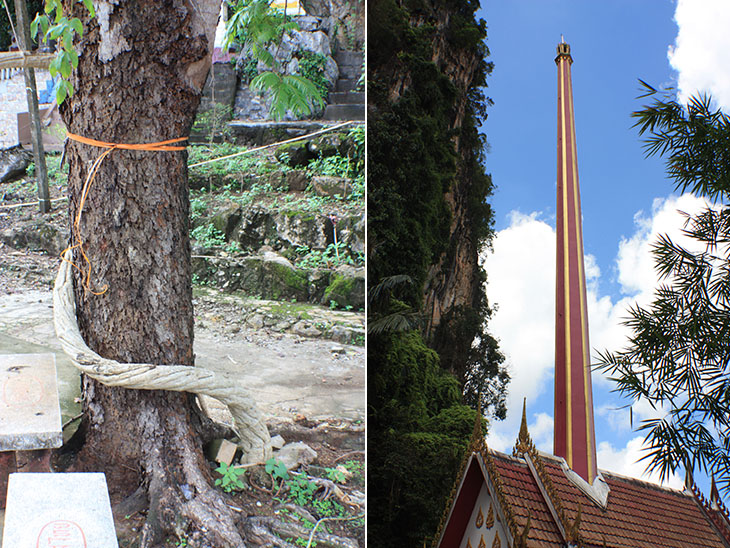 Oh, and they also have mosquitoes. Millions of them. Most of which decided to join me for the day as soon as I opened the car door. There’s probably still some in there. Not to worry, they won’t starve. They sucked enough blood to last them for weeks.

So then it was time to see the sea. That story’s coming next…