…Looking For The Unexpected.

As I mentioned in my last article; after spending the morning in Nakhon Si Thammarat, I drove down to the town of Pak Phanang. Actually, it’s south a bit and then west a bit, for a total of about forty kilometers. An easy drive. Most of it is now four-lane highway.

Given that I’ve been a few times before, and I’m not particularly excited about the place. why did I go? 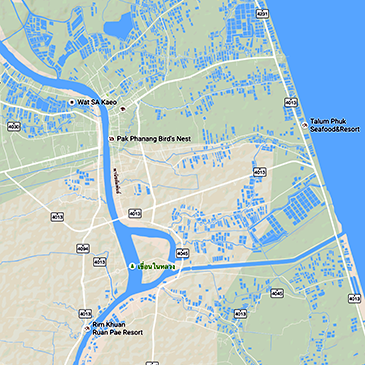 No easy answer. Hunting around on Google Maps and then Googling for more information, I found a few things that needed to be checked out. Well, if you’re as curious as me, they did.

It’s a wet place. The town is a few kilometers down the Pak Phanang River. The river has many tributaries, and anything that’s not river is a shrimp farm or rice padi. You can see on the right. Lots of blue stuff.

To get to the town or sea, there’s a long bridge, and to the right of the bridge you can see this…

What the heck is it? Looks like some kind of exclusive apartments on stilts, with a great view of the river, and maybe the sea. In the past, to get closer, I’ve tried a few small roads that lead from the bridge, but I always seem to end up in someone’s front yard. And it’s always the same “someone.” You’d think by now they’d invite me in for tea!

So, it was Google Maps to the rescue. There are roads that lead to both ends of the thing … whatever it is, and you can even drive across it. Actually the road is gated at both ends, but there’s no security, so you can just drive through.

But what is it? Well, it’s the Uthokawiphatprasit Watergate of course. Say that ten times quickly. Once is challenge enough. But unlike the Watergate in Washington D.C., it’s not apartments. It’s an eighty meter long dam to control the flow of water… 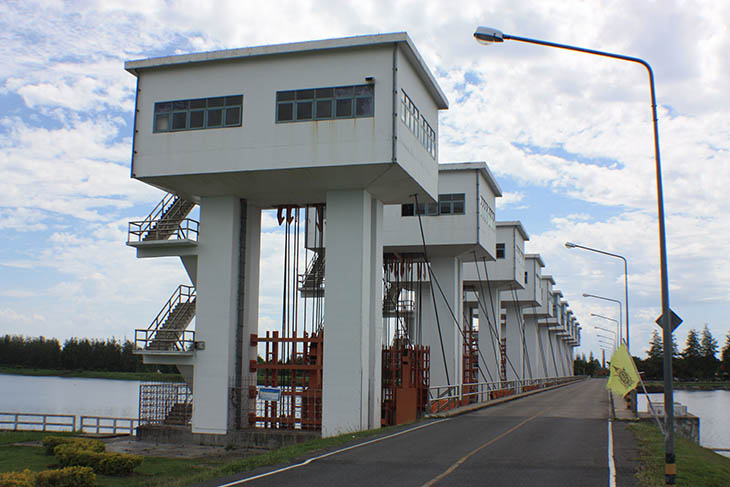 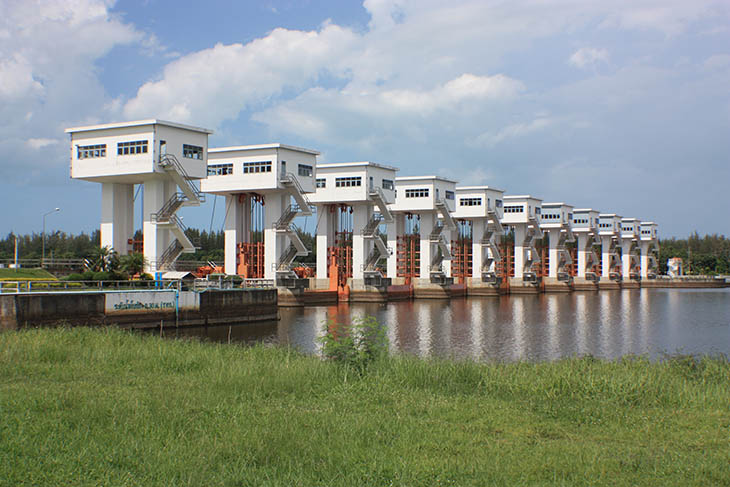 In the monsoon season, large waves were rolling down the river and flooding the surrounding land, whereas in the dry season the water would run back out to sea, leaving the land parched. In each section, a huge steel gate can be raised or lowered, to smooth the water flow… 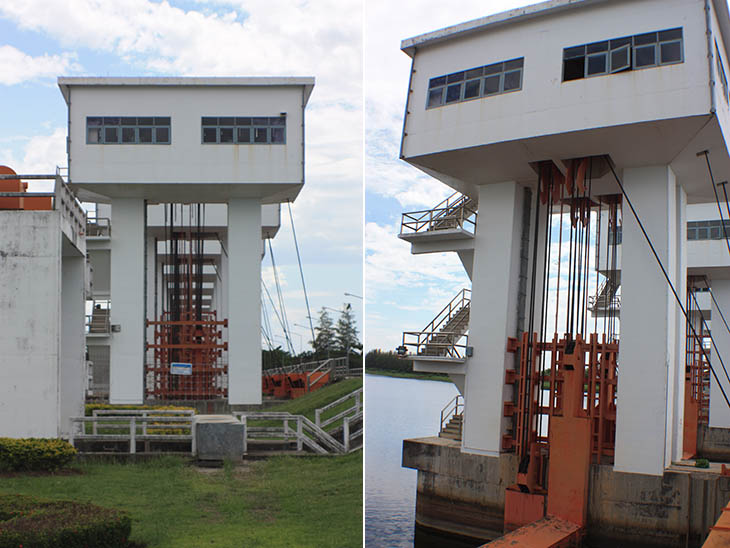 So, I’m assuming the “rooms” at the top of each pillar house the machinery needed to do the raising and lowering. There’s absolutely no security, so I could have climbed the three flights of metal stairs to take a look, and would have done so except for a healthy dose of common sense, and a mild fear of heights. Supposedly the project was endorsed by the King in 2007, and as a “thank you” gift, a royal palace was constructed nearby… 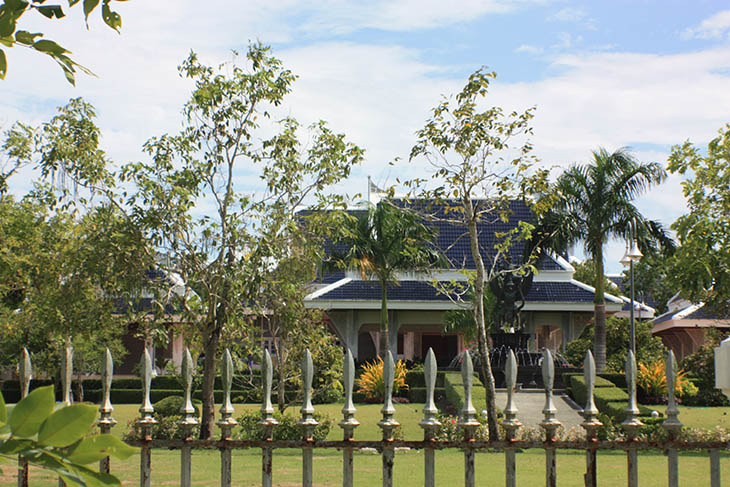 It’s open to the public on weekends, and since I was there on Thursday, I didn’t wait. Maybe another day. I wonder if he’s ever used it?

Sadly though, the attempt at eco-engineering seems to have failed. I found several reports that say the water in the area now a mixture of sea and fresh, and not much good for anything. Shrimp farming and rice cultivation have both declined, and with fresh water now lying around all year, mosquitos have become a big problem. Sometimes it’s best to let nature do its own thing.

Anyhoo … from there, I took a narrow gravel road alongside one of the drainage channels leading out to the sea. Along the coast for a few kilometers is a wind farm… 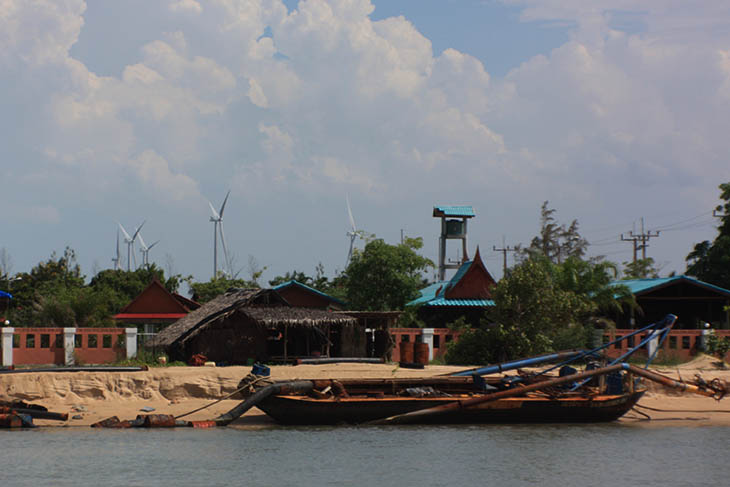 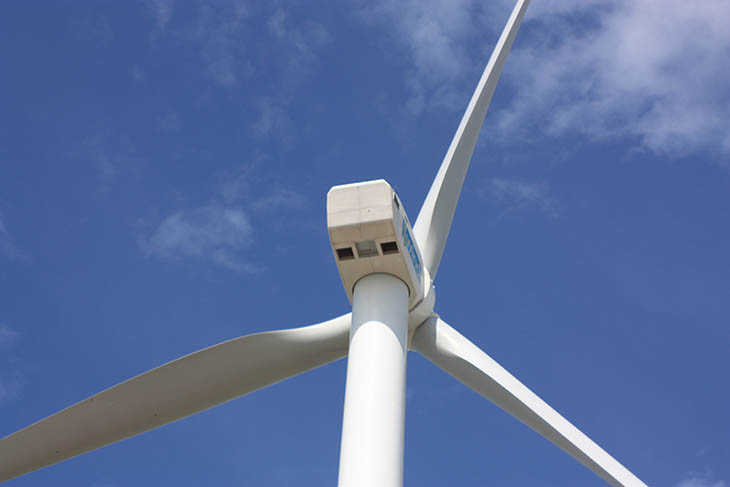 I must admit, I’ve never been up close and personal with one of these things. They’re pretty impressive… 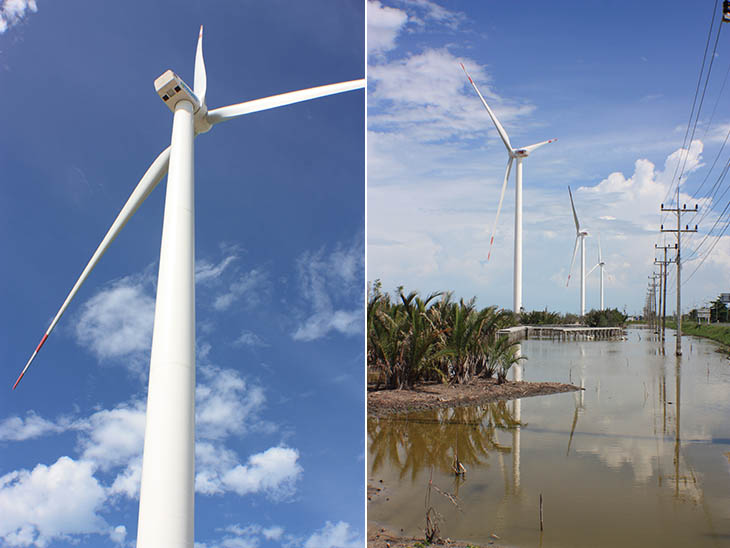 I’ve no idea what they do with the wind once they’ve farmed it. Maybe the wind comes down the central pipe and they pump it into plastic bags to sell to politicians. Most of them seem to be full of hot air, so they must need a lot of it.

But it’s funny how one thing leads to another. As I was taking the wind farm photos I noticed a small restaurant alongside the river outlet, and strangely it had a lot of bright orange life jackets hanging on the wall. Generally Thais don’t bother with such things, and why would a restaurant need them? Expecting a tsunami?

So while I was staring at the jackets it seems the owner was staring at me, in the hope of interesting me in a late lunch. I declined, but asked about the jackets. It seems they organize boat tours around the local islands and rivers, and can custom design a trip of several hours. That sounds like fun. I’ll have to go back.

Next, it was a short drive back into the town. But I’ll save that story for next time.