A Visit To A Load Of Bricks. 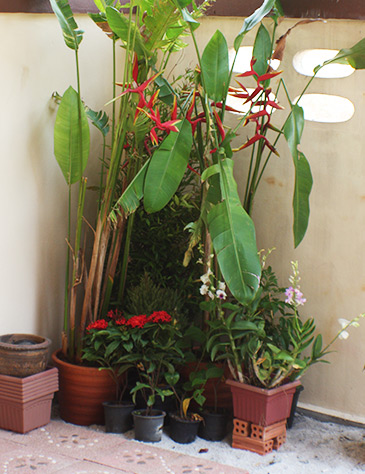 Nothing very exciting. I had to buy more patio paving slabs. I’m not really sure what the correct name is. 60x30cm slabs of concrete with a nice design on top. I’m trying to transform what looks like a disused sandpit into a patio/garden/sitting area. So far so good…

Bert has been busy… 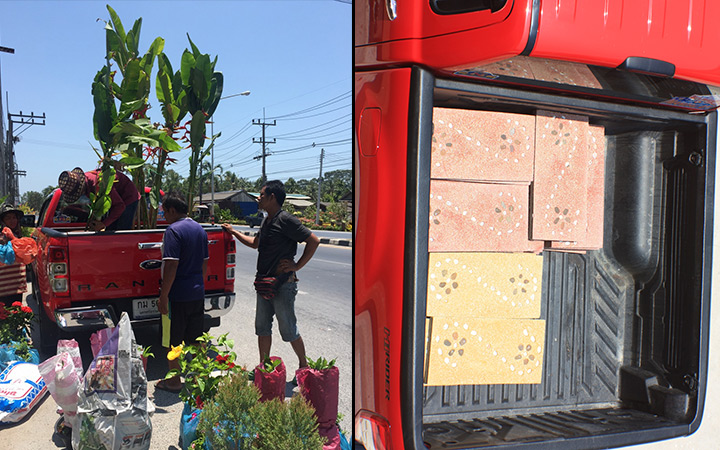 Anyhoo, I figured if I had to drive more than 200 kilometers, I might as well see something more interesting than a garden center. Close by, just off the main road, is the Wat Mokhlan Archaeological Site.

Yes, another one. You may remember a few weeks ago I was at the Khao Kha Archaeological Site. That’s maybe fifty kilometers north of today’s tootlings.

Well, maybe I’m missing some archaeological genes or something, but I find it hard to get excited by lots of piles of old bricks, even if they are stacked up to look like the remains of walls.

To get to the Khao Kha site, I had to trek for some twenty minutes uphill through some jungly undergrowth. Somehow, finding that site – which was also a pile of old bricks arranged into walls – seemed more exciting. 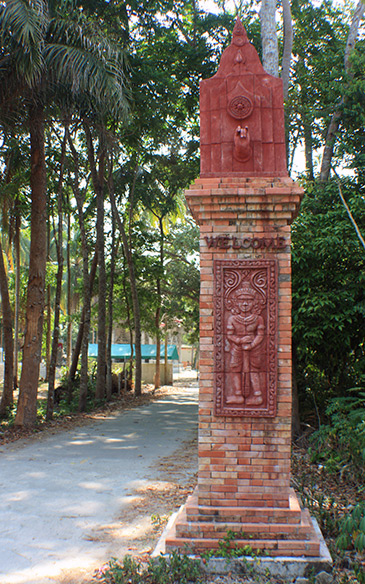 Today’s bricks were, well, just there. Turn left through wat entrance, et voilà … bricks. The site is described as a “Hindu Sanctuary dating back to about the 8th Century CE.” A sign at the entrance says “Items here include traces of stone pillars, carvings around doorways, religious stones, an ancient pond, and statue bases.”

Hmm, “traces of.” What does that mean? If you have a good imagination you can visualize where stone pillars once stood – in the gaps where there are no bricks? “Doorways” What doorways? There’s just bricks, bricks and more bricks. 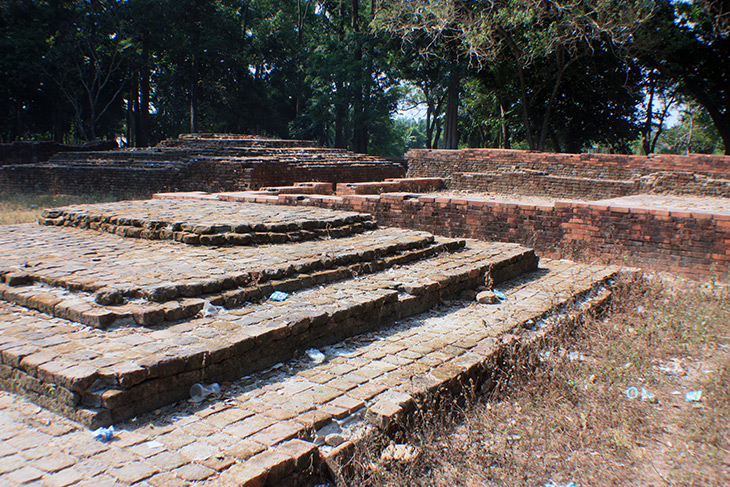 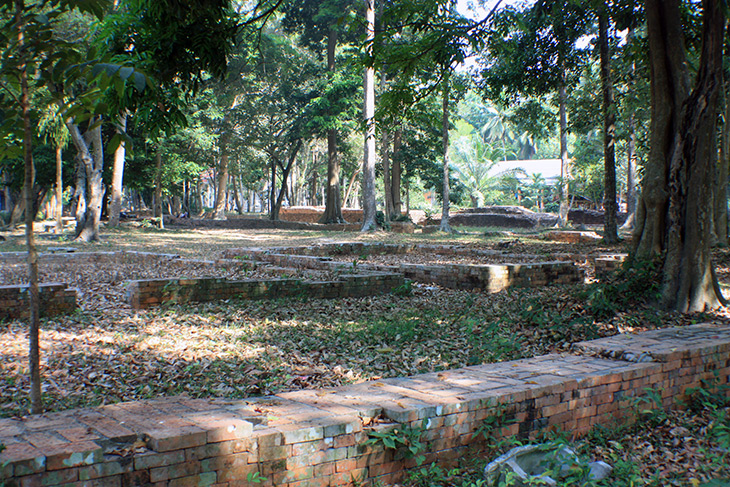 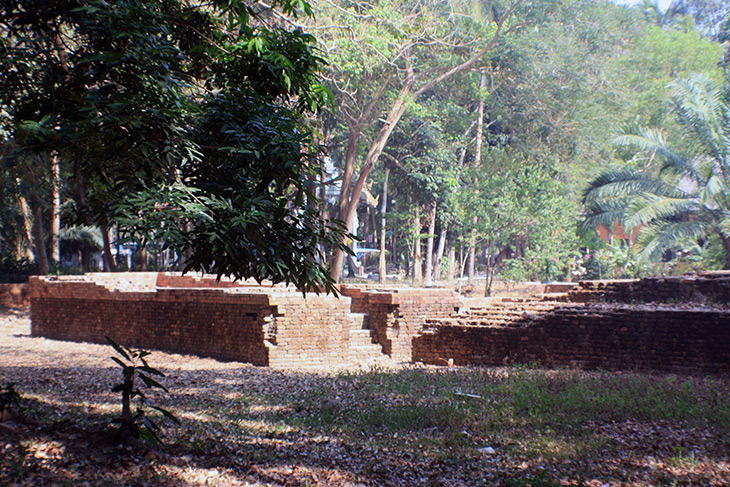 And there’s this stone thing … 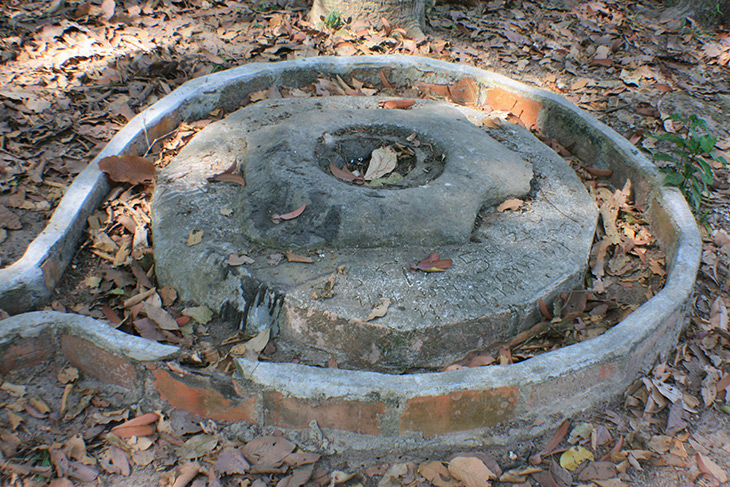 Plus a load of black balls!… 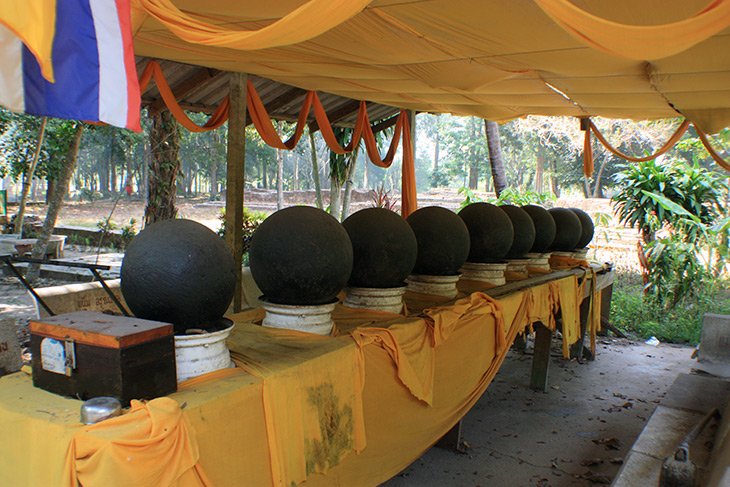 The wat itself seems to be under construction, although I imagine one day it will be quite attractive… 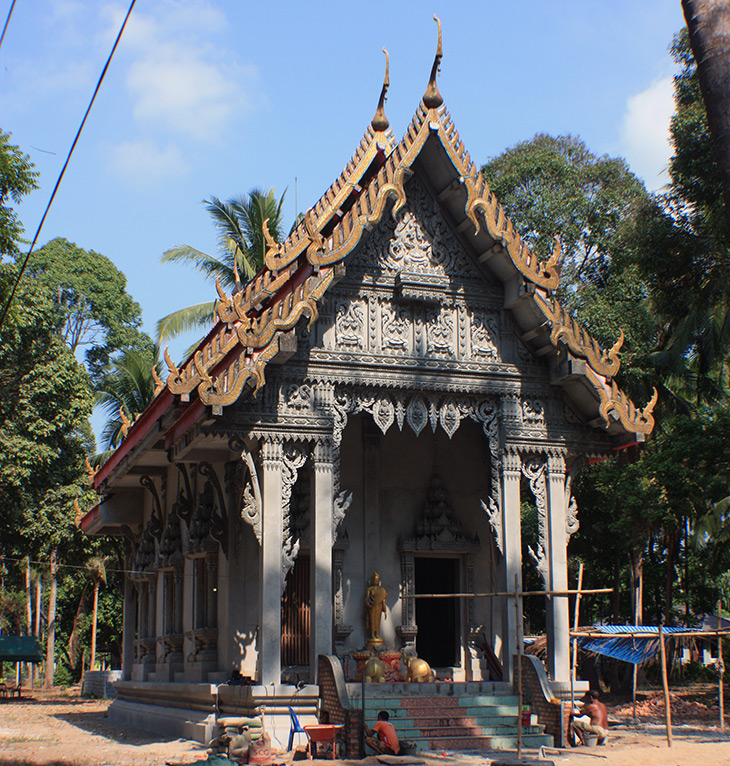 Seriously, if bricks are your thing, this is definitely the place for you.

Not just because of the archeological site, but one helpful website informed me that “fifty meters away is a pottery making village.” That’s true, if bricks count as “pottery.” They’re made from clay, so maybe they do. But that’s about all they seem to be making.

I guess it must be something to do with the local clay because the whole area is littered with kilns, large and small. Mostly making … you guessed it … bricks.

Now it’s back to laying my own bricks, or slabs, or whatever.

I wonder if in fifteen hundred years people will marvel at my creativity. They will see five, or maybe six bricks remaining from my garden wall, a few chips of my patio slabs, plus “traces of” beer; and may well conclude that I worshiped the god Chang. They wouldn’t be far wrong.