Day 5 was a challenge … by design. I was heading from Tak to the small and not very well-known town of Mae Sariang. It’s roughly halfway between the better-known towns of Mae Sot (where I was yesterday) and Mae Hong Son (where I hope to reach tomorrow.)

I had a choice. I could head back over the mountains to Mae Sot on the same road as yesterday, and then head up the challenging-in-places road along the Burmese border. Nice views, but mostly easy driving. Or, I could head north for an hour on the boring Highway 1 before plunging vaguely westward on a variety of wiggly mountain roads to reach Mae Sariang. The blue road below… 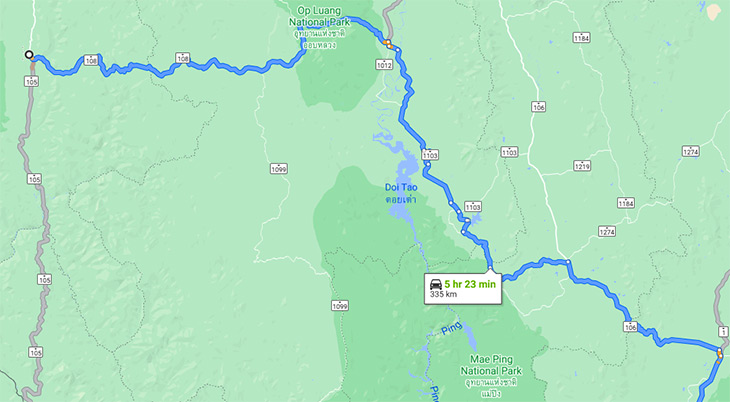 Well, that’s not a choice at all really. I wanted to experience real mountain roads and views. Plus, I had driven the other road about four or five years ago, so wanted something new. I must admit, it was a challenge in places. 2nd and 3rd gear bends with frequent snick-it-into first uphill hairpins. For four hours.

Well, on these particular roads there was not one place to stop that had a view. No laybys, viewpoints, food stalls, nothing. Stopping on a twisty two-lane road with no verges would have been both and dangerous. So, if you want to see the views – and you should – you’ll have to go yourself. 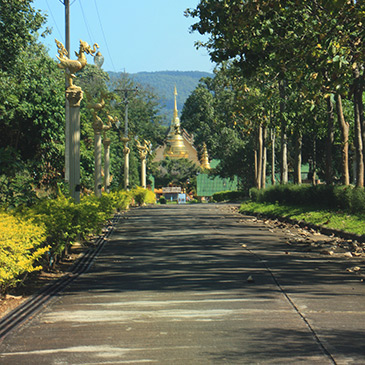 So, what about Wat Phrathat Thingy in the article’s title?

So, Wat Phrathat Ha Duang I found by accident. I was driving though one small town when I noticed an archway – which usually means there’s a wat on the other side somewhere – with a long driveway.

So, I did a quick u-ey and headed down the driveway… 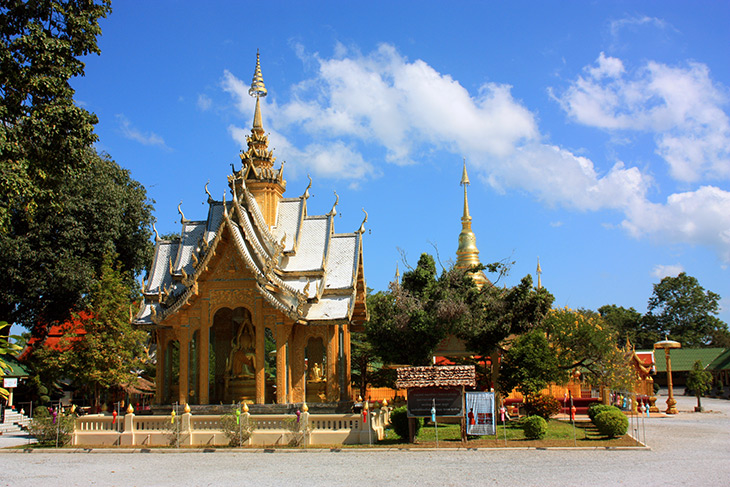 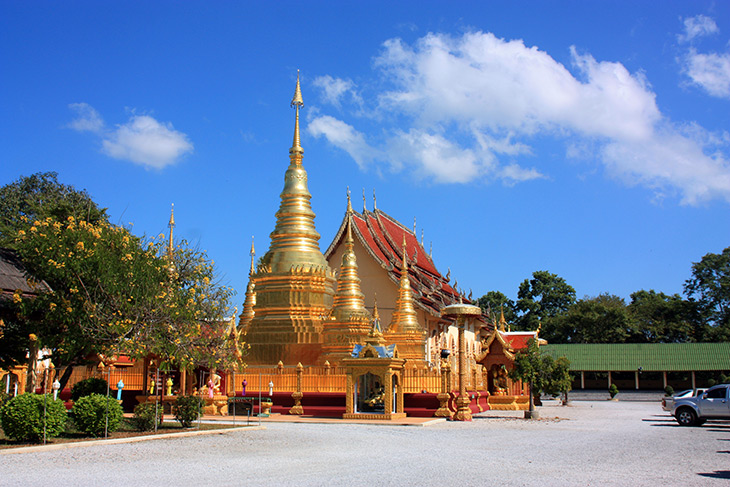 Hmm, nice place. I wandered around… 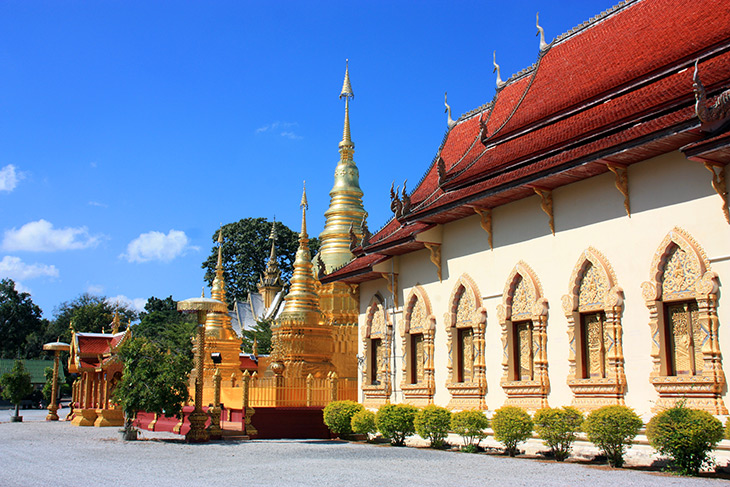 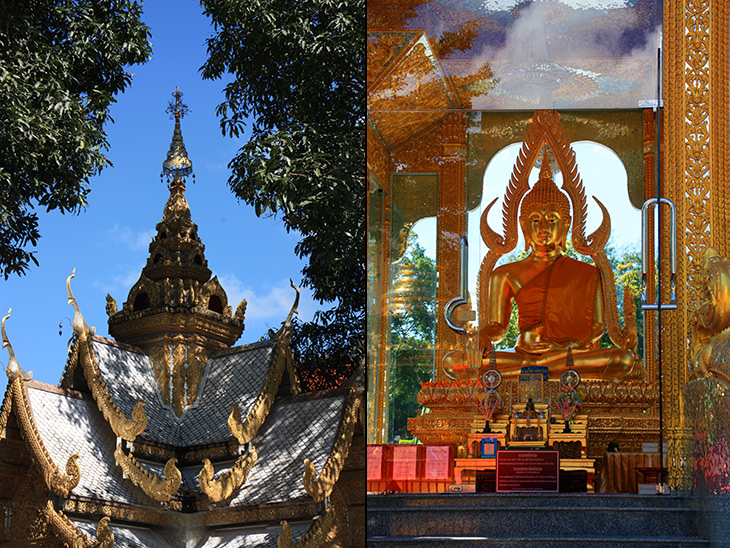 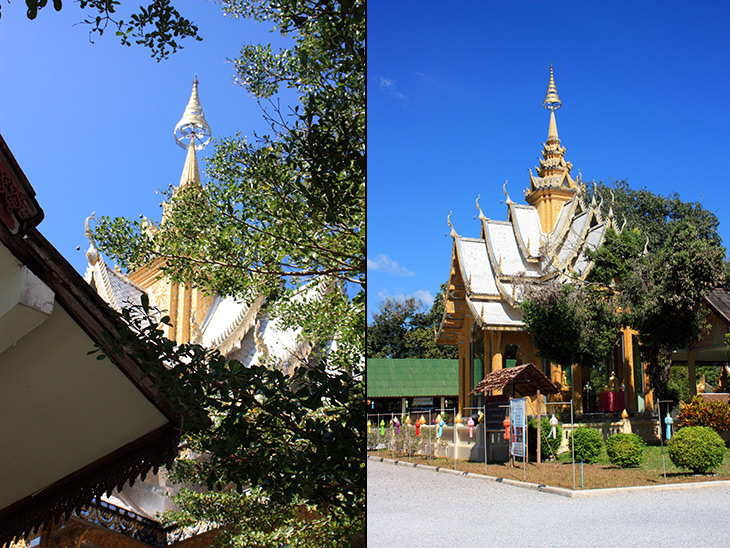 And then asked Maxie to get a quick aerial shot… 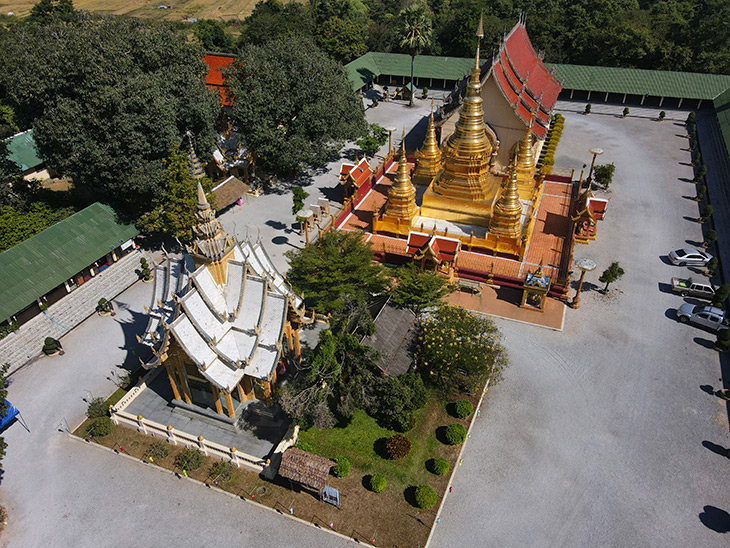 A good find. Onto the next one.